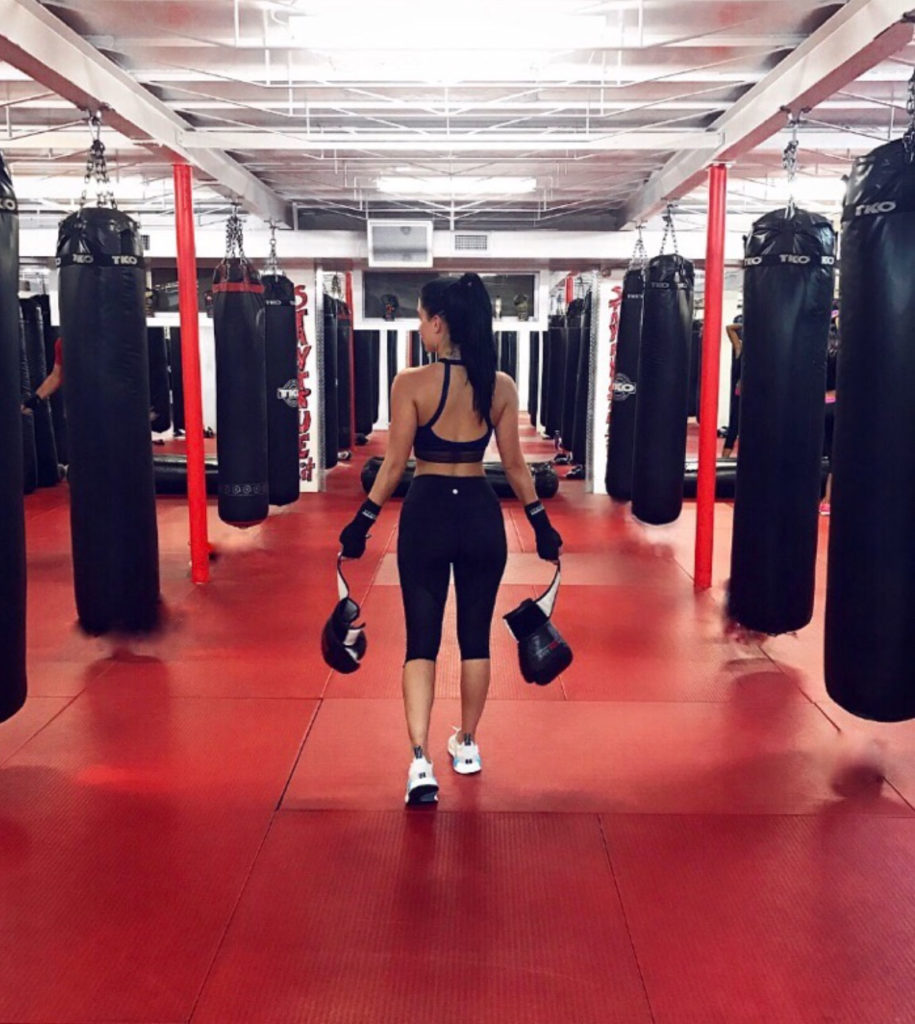 Checked out the Sweatbox class at Sobe Kick gym while in Miami which was a cardio based boxing class. When asking around about a good boxing studio in Miami, Sobe Kick was mentioned a few times so I thought it was definitely worth checking out. They have wraps and gloves (very thin and worn down) for sale and rent. They do not have change rooms, the lockers are in the common areas and then there are two private bathrooms.

As you can see in the picture below the studio is set up by rows of punching bags. The worked started with laps around the exterior of the bags followed by skipping and burpees.

We then chose a punching bag and began our workout with the instructor calling out a bodyweight movement (squat, lunge, burpee etc.) followed by our own freestyle until he called out the next one.

Personally, I don’t like going to a boxing class and being told to do freestyle.

It is not as challenging because you are not forced to think about the next punch, you are simply just doing whatever punches you want. This can also be an issue for anyone who is unmotivated which is how I felt during the class. It was more of a cardio based class than a boxing class however it could have just been the instructor. I am told that Nelson and Jason are great, it could be a totally different experience! The class finished with a basic bodyweight circuit. I would recommend this class for a beginner boxer or someone who wants a good cardio workout. Sobe Kick can be found on ClassPass.